It is perfectly natural for parents to worry. If they don’t worry about how or what or when their child is eating, sleeping or playing, they worry about whether or not they are developing the way they should. Because speech is a vital way we communicate, a child’s ability to form certain sounds is of particular concern to parents. Are they normal? Do they need speech therapy? Should I wait and see what happens?

Linguistically, boys and girls tend to develop certain sounds at different times. Likewise, children who are learning to speak will tend to master initial sounds, those found at the first part of the word, before sounds that happen later in a word. They may say, “ba” for ball or “ma” for mom. However, by the time all children are 3 years old, they should have mastered the following sounds no matter where they appear in a word. 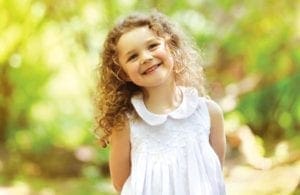 A child should be able to say the following sounds:

By the time a child turns 8 they should have mastered all of the remaining sounds in the English language in all of their positions. These include /zh/ like “beige” or “Asia”, /r/ like “roll” or “river”, /ng/ like “ring”, and /nk/ like “think”.

Each child will begin to develop these sounds at different times. However, it is important to note that a child is not considered “delayed” until they have passed the typical age for that sound development. For instance, it is normal for a three-year-old to pronounce the word “river” as “wiv-ow”, but a six-year-old who cannot say the /f/ sound would benefit from speech therapy. If your child is not acquiring speech sounds the way they should, or if you have concerns about their speech development, contact Back Bay Speech Therapy today for a consultation.